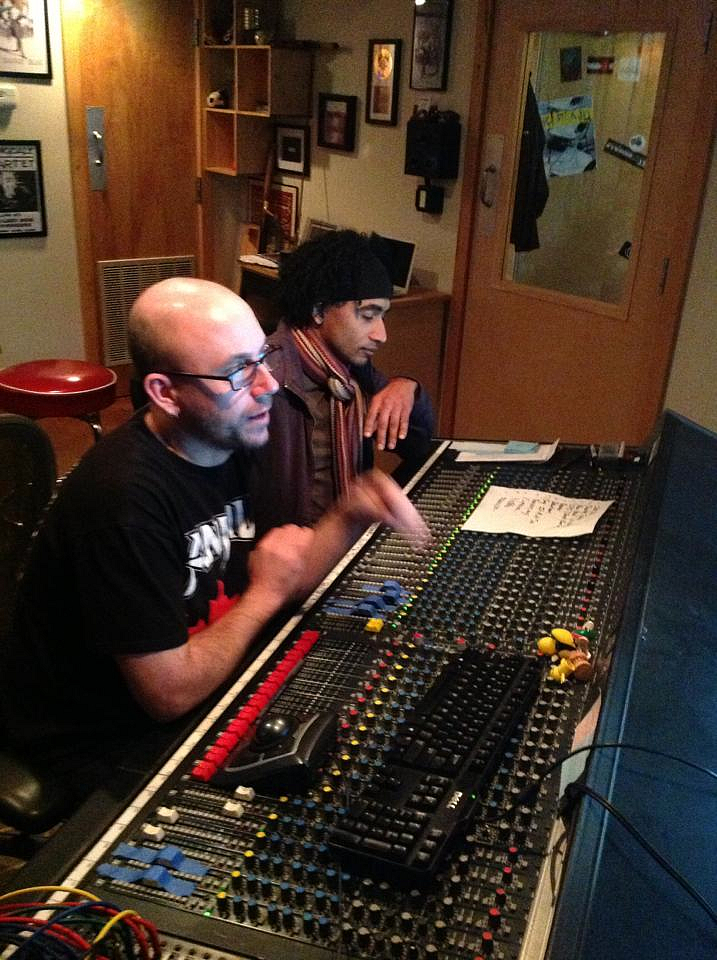 B​​rad Smalling is a Colorado based recording, mixing, and mastering engineer working out of Evergroove Studio. Owned and operated by him and his wife, Jenny, Evergroove is located on 4.5 forested acres in the foothills just West of Denver. Brad’s ear for sound and Evergroove’s location combine to create a retreat like recording experience that is sought after by local, national, and even international artists. Recently, Brad and Jenny launched the Evergroove Academy of Recording (EAR). EAR is a a new series of workshops for audio engineers, producers and musicians focused on producing the highest ­quality recordings possible. EAR is proud to be sponsored by Slate Digital. 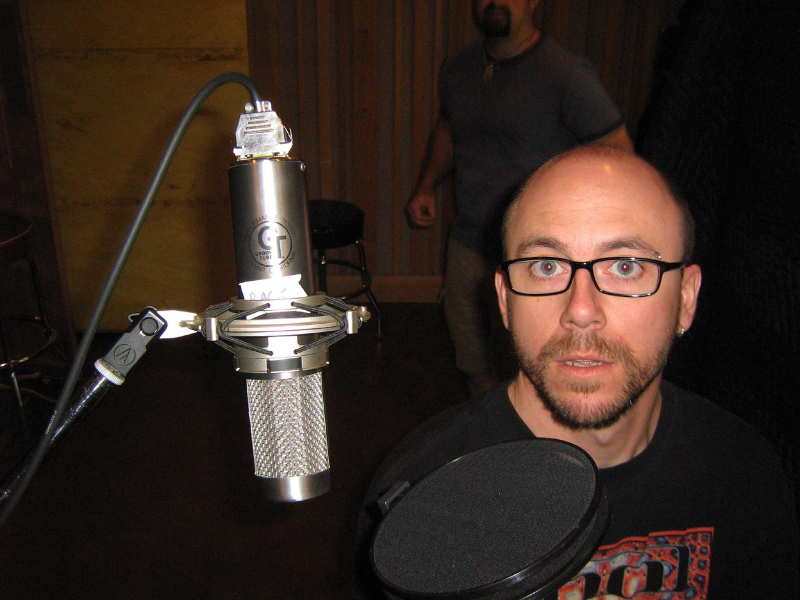 1 – Evergroove has been going strong for almost a decade. Were there any panic button moments during the last decade where you worried you wouldn’t stay afloat, and how hard was it to come out on the other side?

Brad: Oh man, ­ absolutely! During the first three years that we were open I still had a day job as an electrical apprentice. I would work in the studio evenings and weekends and take the occasional day off for sessions. When the construction crash hit, everyone at my company was put on standby. At the same time, the studio was starting to book a good number of sessions. When I got the call back to work, I declined. My boss was completely supportive, we met in the studio in the first place!

Soon after that a good number of the sessions that we had on the books started canceling for various reasons like ­ the band breaking up or the timing not being right or whatever. All our bills had depended on those bookings. I completely freaked out and started to really question what it was that I had gotten us into. I felt a little lost. I felt selfish that I had pursued this dream and, in turn, put us in financial danger. It was a tough time for me but my wife and business partner, Jenny, understood that I *had* to pursue audio to live a life fulfilled. We got to budgeting and put together a plan to get us through this hiccup in bookings. We’ve been growing ever since!

That being said… I still kind of freak out about twice a month, but not because of panic button moments. Just out of that underlying fear that all this hard work could still disappear, all from that moment back in 2009. Today this fear focuses me to push harder and continue to grow and evolve the business. 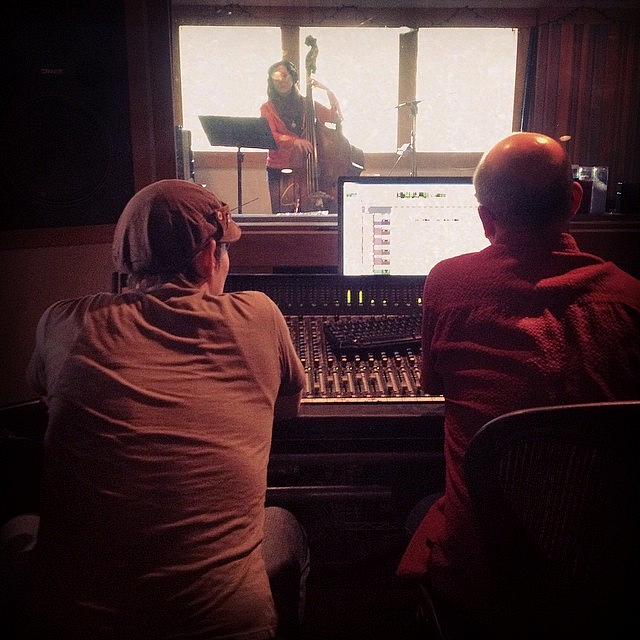 2 – What challenges have you faced being a solar powered studio that you would not have faced if you were on grid power?

Brad: None. The solar aspect of Evergroove is seamless and I rarely have to think about or do anything with the solar array. It just works. Leading up to the install I was a little concerned about power spikes due to some reports I had read on forums dedicated to solar installs. Those never happened. After 8 years of use the inverter needed service, but the part was replaced under warranty from the manufacturer. We just paid the labor. 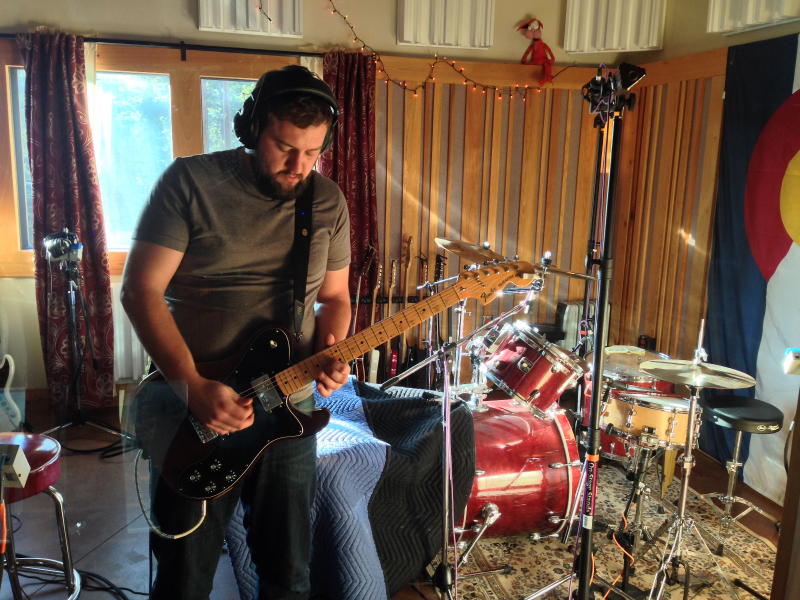 3 – Evergroove sits at 8300 feet in the Rocky Mountain foothills outside of Denver. Being that high up can afford complications from time to time, including altitude issues with musicians who aren’t accustomed to the atmosphere up there, and including weather extremes at all times of the year. What are some of the common issues you face at 8300 feet that wouldn’t be concerns if Evergroove were located at a lower altitude?

Brad: Great question! Because most of our artists come from the Denver/Boulder area, and because a large majority of them enjoy the mountains through hiking, skiing, and mountain biking, we haven’t had any major issues with altitude or weather. We are, however, higher than most of the major mountain towns, and those extra feet make a difference.

The first altitude sickness incident we had was a session musician from Seattle who started experiencing altitude sickness pretty much the moment she stepped off the plane (5250′ above sea level). In the second instance, a young man was partying before he arrived, so the combination of partying and altitude caused him to pass out almost before he got out of the car. The third was while filming a few shorts and one of the camera crew started feeling ill. In all of these instances, we got the person down the hill as fast as possible (water bottle and barf bag in hand), and in all of these instances, the person called within 15 minutes saying they were better.

Weather is actually a little trickier. We do experience power failures about twice a year. We installed a generator with an automatic transfer switch to handle emergency outages so that we can continue to work. Of course we cannot talk about weather without discussing our location and snow. While we do get a good amount of snow we are located on a school bus route and are usually one of the first roads plowed. Often the roads in Denver, or even I­-70, are worse than the roads are up here and it’s usually for that reason that an artist will reschedule their session.

4 – What advice could you give to someone wanting to take their bedroom operation full time in hopes of growing into a dedicated facility like Evergroove?

Brad: A few things. First, I think the aspiring engineer needs to ask themselves if they really need to, or even want to, build, open, and operate their own facility. We are in a time when schools are graduating audio engineers into an almost jobless industry. Those graduates feel forced to open their own facility but so do their peers. We’re hitting a saturation point of recording studios and if we aren’t careful we’ll soon be in a race to the bottom. We encourage graduates to think about it differently. There are many studios that are visiting engineer friendly. Find those studios and negotiate freelance rates. Those studios have already done the hard work by researching and building the facility, buying the equipment, installing security, securing insurance, etc. I simply don’t understand why a graduate would want to add more debt on top of their student loans to open a facility when many exist, all with different features and benefits to suit any recording situation, that would love to have them as a client. Then, if audio engineering doesn’t work out for that person, they can walk away cleanly and with no more debt than they had when they left school.

Second, just because someone graduates with a degree in audio engineering doesn’t mean they know how to run a business. Take some business classes. Better yet, ­ talk to business owners you respect. Get their input on how to run a business, how to manage projects, how to handle customer service issues (which *will* happen no matter how good ya are ::grin::). Sound quality aside, the complaint that we hear from artists about other studios has to do with how poorly they run their business and how unprofessional they present themselves. Don’t fool yourself. We are in a service based business, but we are lucky that our service is audio.

Third, you need to have perseverance and a strong work ethic. Creating a job in this industry isn’t going to happen overnight. It probably will not happen in a year, and still might not in five. It can happen though! It’s simply going to take time. During this time, be sure to surround yourself with a positive support network of family and friends. These should be people that truly believe you can, and want to see you, succeed. Always make sure you are doing the best work you can and do not allow yourself to cut corners. While no one can guarantee you will succeed, all these things combine to create a strong foundation on which to build your business – a foundation that will enable you to success. 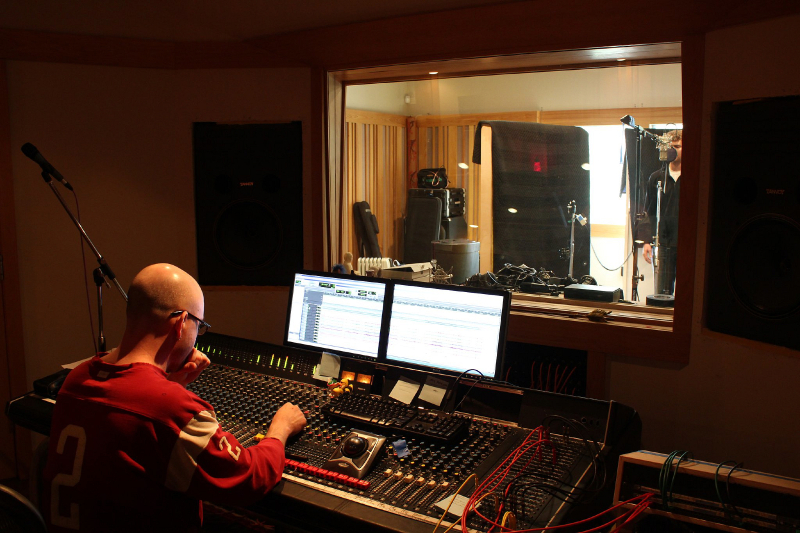 5 – What was the most valuable lesson you had to learn the hard way?

Brad: I certainly have learned some lessons the hard way. I think the hardest one was learning to say “no.” That’s a powerful word and it can be liberating more than it can be restricting. Counterintuitive, I know, but learn to know when to say it and learn to use it appropriately. Heck… I’m still working on learning this myself! Another one I’ll share is this… take care of your body. Much of our job is spent sitting behind consoles or computers and it’s easy to get fixated on a mix and forget that we’re human – ­ not machines. You have to get up and move around. You have to give your ears a rest. You have to drink water. I also strongly recommend exercise. It does wonders for your energy level and can really help you through stressful times as well as make you feel like you can take on the world.

Closing from Brad:​ Thank you for the opportunity to participate in your newsletter and interview series! I really respect the effort you are putting in to growing a community and working to educate both new and seasoned professionals in this field. Keep up the great work, Brandon!