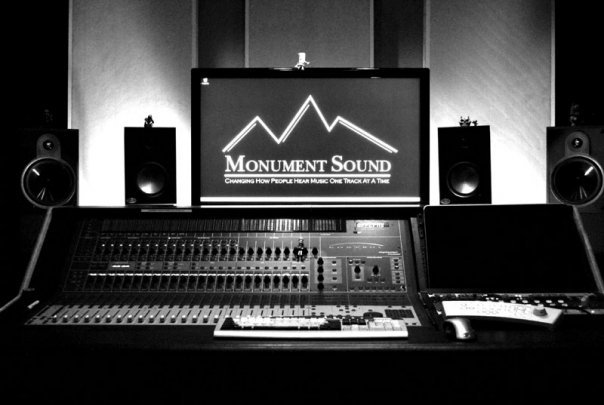 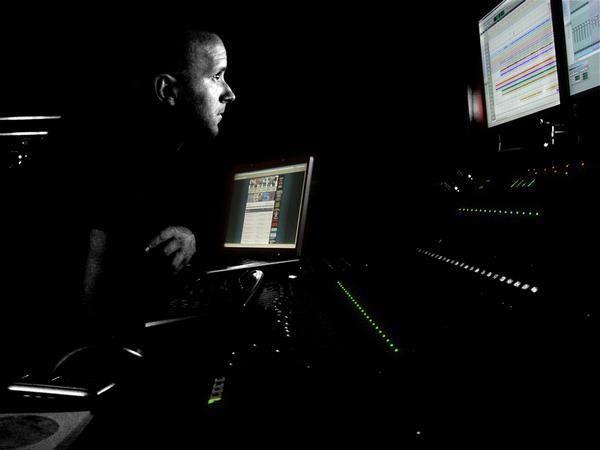 Chris Andrews owns and operates Monument Sound north of Colorado Springs, Colorado. Chris loves to work with Rock /Singer songwriters and country, and he recently finished the new record for Miguel Dakota (a finalist on America’s Got Talent). Chris also lends his audio skills to audio post production work. His post production credits include films such as “The Purist” and “Wide Boyz – Climbing The Crack”, as well as work for Patagonia films (Patagonia Clothing company) with Alstrin Films. 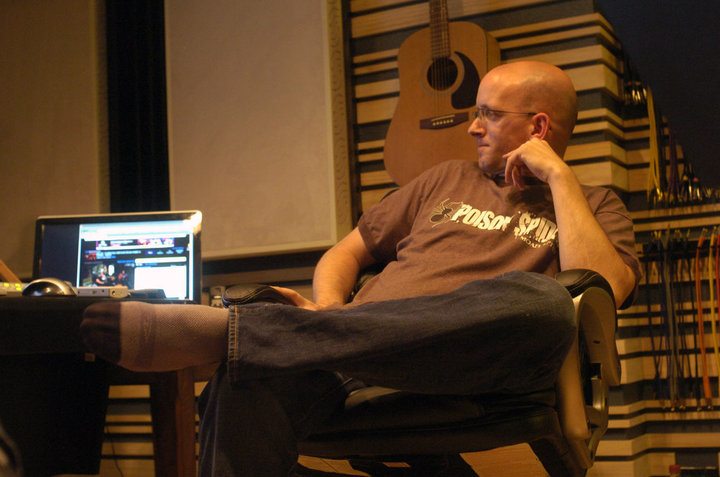 Chris: Wow this is a loaded question.  There are a lot of things that I think I still have issues grasping.  On a MUSIC side – To me the music is obviously the critical factor.  as a Mixer/Producer, I try to associate with the client and see where the song wants to go.  Sounds cheesy, but I will sometimes sit on a song for a day to figure out what it needs, where it needs to go and how we are going to get there.  Sometimes we try things that might be so stupid, but we at least try them to see what happens to the material and figure out if it worked or not.  Recently a new thing that I have been messing with is compression movement.  I have a good friend and great engineer who recently came down to one of my studio “geek out” hangs and we got to talking compression and other ways to utilize it in a mix.  Not just to tame things or make things louder, but to actually use it for motion to the song.  The idea was great – get the head bobbin for the song, but in a forward to back motion versus a side to side motion.  It was pretty spectacular to get that vibe change just by utilizing attack and release times.  We are talking on the MIX spectrum too, not just the drums, etc.  A lot of music does this, but when you think about it on the material that you are mixing it is pretty cool to get the motion of the song right and not just an in your face compression.  The last big thing that I think I finally have a grasp on is dynamic range and making sure things sit.  I am pretty OCD on prints that I do with my mixes.  -3 to -6 peaks and anything below -20RMS is what I am after.  I have found that in that zone, the mastering engineer will have more fun pushing and pulling to make things loud, but the overall dynamics are still there.  Learning this made things much better sonically for me and my end results.

I think that one thing I have learned more recently is making space with creative panning.  Working with different genres allows you to really make space for the material so it stands out.  I tend to be really OCD on allowing a clean and clear mix and try to make every part audible (stress that “try”)  I think that listening to a lot of pop/country recently has opened the door tremendously to bigger and wider mixes.

Example: Blake Shelton, man those mixes are spot on.

Everyone may not like his style, but god damn his mixes have a place.  All the instruments are put in a spot and they are there, big, loud and proud.  The ear then has an image that just makes the brain go wild.  Close your eyes and listen to that record.  I think that panning is something that is sometimes not used properly with new mixers.  A lot will track guitars and pan hard left and right.  That is great, but in all reality it centers the guitar and can start to collide with other freqs and get muddy fast.  Be creative – slap it to the left or right and then use the old Van Halen trick to hit a verb to the opposite side.  Repeat that with the other side and see where you end up.  My latest thing has been Guitars hard left and right with 1 mic each and 2 takes.  Even one side is just a strum and the other is some other part that has changed a smidge.  This builds the image better.  Then if there are other things (acoustics, ukes, etc) put that more at a 50/50 pan.  It really starts to build a base and a depth for the music. 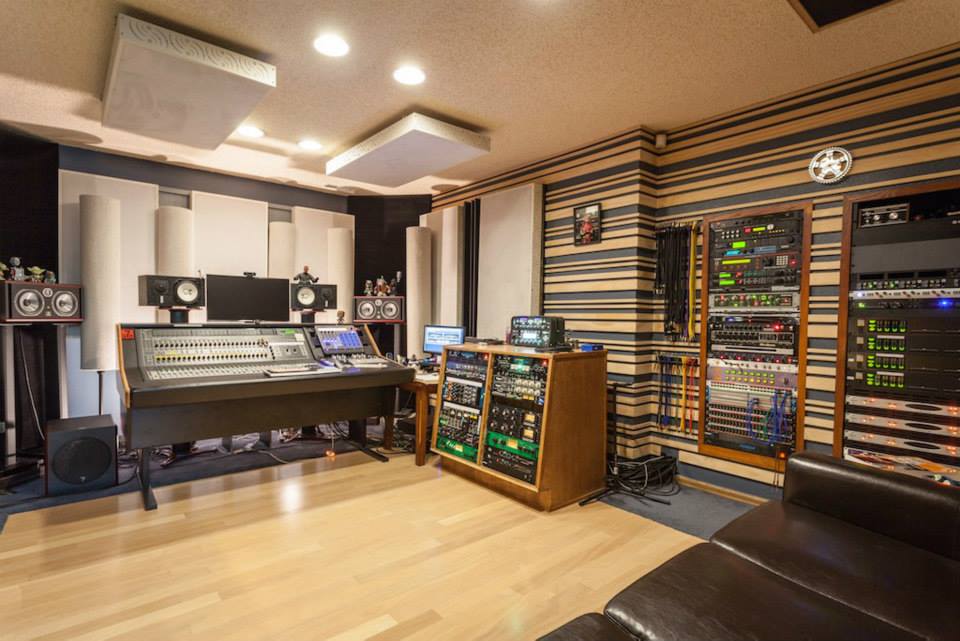 Chris: Definitely a tough question.  There are so many answers that you could say – gear this, plugin that, etc etc.  I think the big thing for me would be the ability to have other trusted engineers listen to a mix.  Some guys are hell bent on doing it how they know and not allowing others to possibly give some constructive feedback.  We are all set to make good music, solid mixes and powerful songs that allow the listener to be immersed into the song.  Like old records – you sit and listen.  A good CD will allow that “skip” button to go away as well.  I really feel and rely on letting some close engineers hear and give me feedback that in turn allows me to listen for things that I may have missed.  This allows for a solid mix.  There is no shame in trying to make things the best you can. 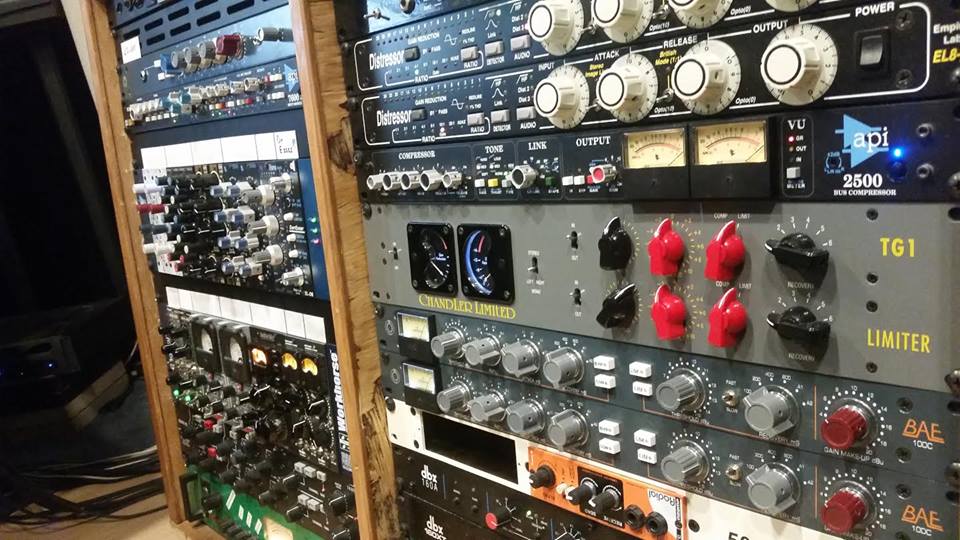 Chris: I have been hybrid since 2007.  I started on a 002 in 2001 but then moved to HD hybrid in 2007 and had a API DSM summing system at the time.  I sold that in 2009 and went with the dangerous 2 Buss.  I have always summed though – even with my 4 channel API 3124+MB.  To me it opens up more and has separation.  There is, and probably always will be, the ongoing ITB, versus, summing, etc battle.  It really boils down to personal preference and how you use your workflow.  Personally, I like to send audio through 100lbs of metal.  My current setup is the out of Pro Tools via Apogee DA16X to my Dangerous 2 Buss.  That then usually hits my SSL compressor and the Hammer EQ.  I might add some things here and there, but that is the main 2 buss.  It then comes back in via Benchmark ADC and back to a print.  There will be some changes in the near future for a buss EQ, but so far that has been the main setup.  I have 26 channels of outboard compression so I can swap and try things if needed.  The Hybrid setup is pretty slick though as everything I have is into the patchbay and supported by 3 lynx auroras.  All gear is fully-normalled so no patching is required and I can insert and go.  Hell, I even have 4 old 888/24s that are in stand-alone mode for the old FX.  2 are dedicated to the headphones sends.  I go AES out of the lynx to the 888 IN and that is then fed analog out to the 16 channel headphone distro.  Make a IO output in Pro Tools, setup a template and go.  ZERO PATCHING!  The other 2 are dedicated to the old FX processors that do not really need the stellar conversion that the Lynx offers.  It’s a pretty cool setup.  A lot of my gear is stepped so recalls are not terrible – but I do take a lot of photos.

4 – What is your favorite part of your job?

Chris: The best part is working with great people and trying to make the music the best it can be.  Sometimes there are limitations that get in the way and you have to just push through and make the best of it.. 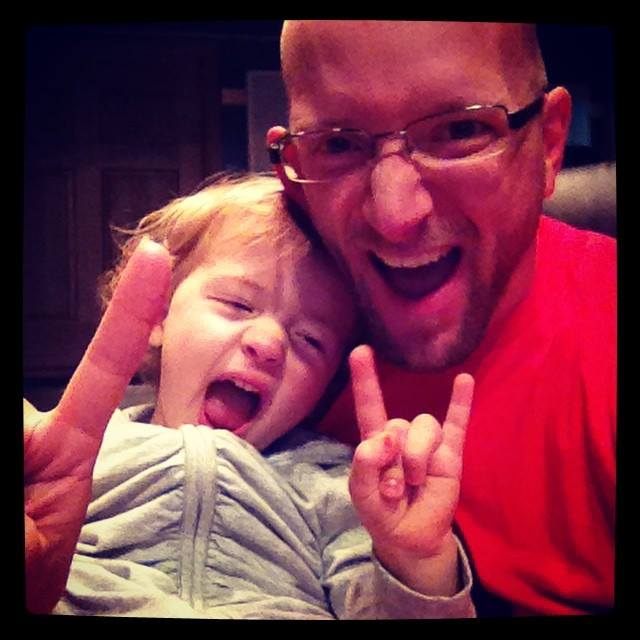 Chris: Modesty…..  I will never say that I am the best at anything.  I am always learning in this craft and that keeps me moving forward and progressing.  I feel that I can compete with most, but will never call myself anything more than an mix engineer or producer.  Nicknames are stupid as are false titles.  Gotta keep it fun, but c’mon, be honest with yourself.  The big one I guess is realizing that a mix can ALWAYS be better.  That is a really hard lesson that I look at quite often.  There are mixes that you go back to after years and want to “re-mix” but you have to make a stand.  There has to be a decision that makes the process stop or you will never be able to move on.