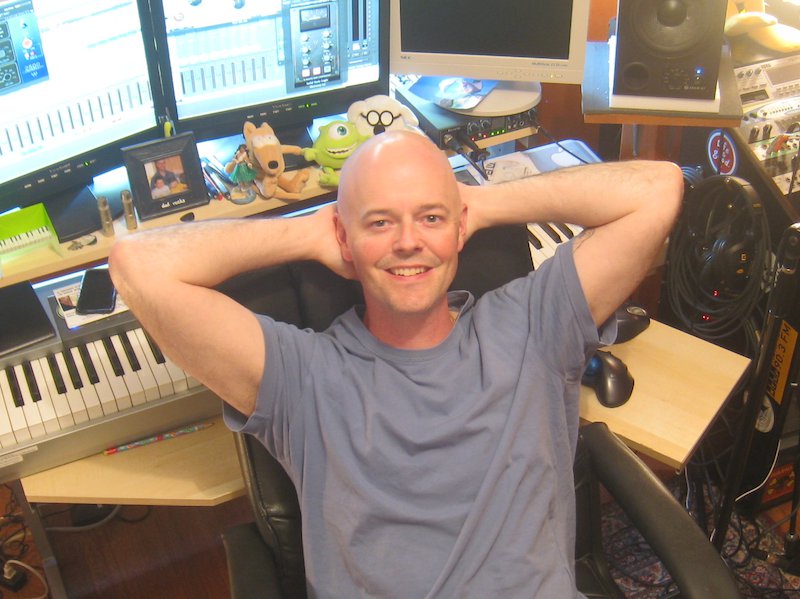 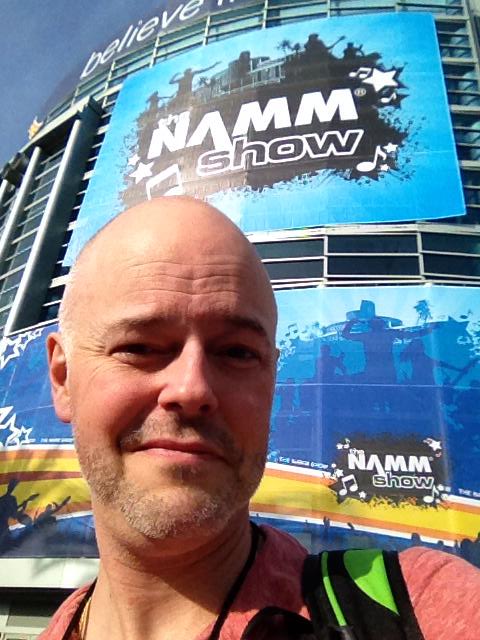 Dave Chick is a producer, mixer, composer, songwriter, sound designer, recordist, and former co-host of Inside Home Recording. Based in Vancouver, BC, you can learn more by visiting gethatched.ca

1 – During your time with Insi 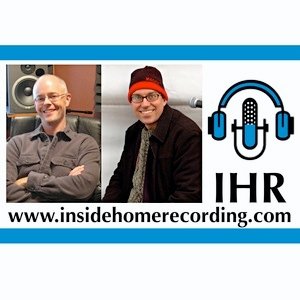 de Home Recording, what was the hardest concept for the listeners to grasp and how did you help them understand it?

Dave: Wow, none of this canned-question stuff huh? You are doing a full-customization questionnaire – well done!

The concept that sticks out in my mind is the mid-side stereo microphone technique. It’s an extremely powerful stereo technique that virtually eliminates phase issues and provides a lot of flexibility in the mixing stages.

I got a lot of positive feedback on that segment. There is no shortage of resources out there that tell recordists how to do it. I wanted to go one step further and explain WHY it works. That’s just how I personally enjoy learning about new things. Understanding how the technique works requires demonstrating how coherent and destructive phase relationships work between the cardiod and the figure-8 microphones. The primary difficulty was in the medium – an audio-only podcast. I had to assume that the majority of listeners would not be near a computer to see pictures or graphics. I devised the setup to be on a swivelling mount where I could rotate the microphones on an axis perpendicular to a single sound-source – simulating the movement of a sound in a semi-circular arc around a stationary microphone setup.

I covered all the mic setup procedure as well as copying the side channel and flipping the polarity. I recorded something (I forget whether it was drums or guitar…) while turning the mics through 180 degrees over a period of 10 or so seconds. By muting each side channel I was able to show how phase coherence and destruction worked to create independent “phantom” cardiod patterns on each side of the centre mic.

2 – Describe your monitoring setup, and why you chose that configuration?

Dave: I don’t know how far back in the chain you want, so I’ll start at the audio interface.

For my stereo monitoring, I’ve got a Focusrite Saffire Pro 24 DSP running SPDIF into a Personus Central Station. My primary stereo monitors are Adam A-7’s and I have a set of Event 20/20bas (my original monitors) serving mainly as a secondary A/B mix check. I also have a Tannoy PS-110B sub – so essentially a 2.1 setup. I added a sub a year ago and haven’t looked back. Setting up a crossover at 80-100Hz and having something else do the heavy lifting down there really seemed to clear things up in both the mains. The big pain in the butt was trying to find the optimum position and calibration for the sub in the studio – it’s away from the wall, 6 inches off the ground and firing at an angle to the walls.

I also have a “re-claimed” home-theatre system for the odd times I need to create 5.1 mixes. I run six outs from my Focusrite through a patchbay normalled to the hi-fi system – gives me flexibility to use the outs to outboard gear if I need to. I’ll mix on my stereo mains and then position things in the 5.1 sound field. Not ideal, but until 5.1 mixing starts really ramping up, I’m not prepared to drop the cash to get three more Adam A7s yet. 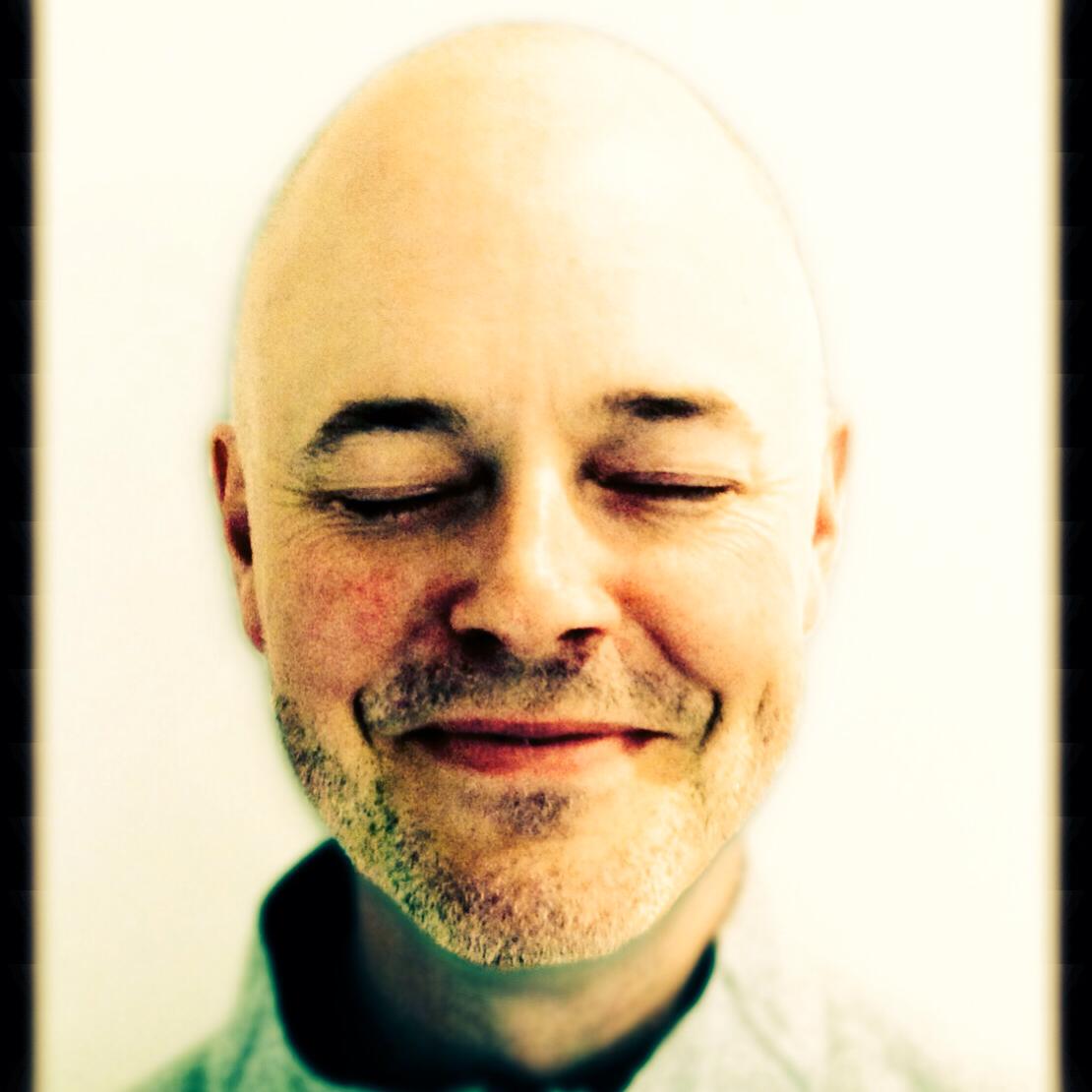 3 – What would you be lost without?

Dave: Coffee in the morning and a high IBU IPA in the evening… 😉 No? Well, how about:

Being comfortable with making and learning from mistakes and failure.

Sorry to get all touchie-feelie, but I don’t think there’s any piece of gear or software that I can honestly admit to being an answer to that question.

Really, that’s how I grow and that’s what excites me. Call it a can-do attitude or whatever, but being willing to take on something that’s a stretch or finding a creative solution to a problem – that’s what keeps things interesting and fresh. Without that, this would be no better than a desk job.

4 – What one piece of advice would you pass along to up and coming engineers?

Dave: Besides you don’t need 600 plugins? 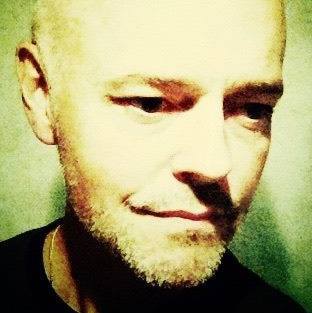 Try things out, experiment, make something sound interesting. There are too many people who are worried about what you’re SUPPOSED to do. Yes, there are guidelines, lessons learned and best practices that people can share, but there are no laws or rules. Take the time to do some science experiments in your music and mix. Make use of what you know as a foundation, but then branch out and make mistakes. . 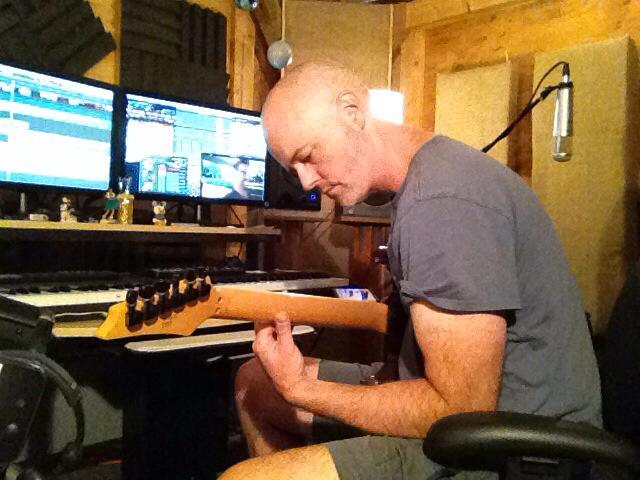 Dave: I’m assuming this is limited to being related to working and audio. Otherwise, my answer would involve Tequila, drinking games and an empty stomach.

Don’t start a project without agreeing on budget, scope and dates.

I brought this over from my previous life in the business world. When dealing with any endeavour that involves others, those three “pillars of project management” absolutely need to be discussed sooner than later. Never assume anything in these areas – get it out on the table and make sure all party’s expectations are set and managed. This goes hand in hand with “Cheap, Fast and Good – you can only pick two”.

I think a lot of folks are eager to please and jump right into a project without discussing money, time or what expected of the end product. It’s exciting, but can quickly lead to mis-managed expectations. Talk about all of that up front – especially money. Agree on a price, what you’re going to do with what they give you (with all the checkpoints) and when it’s to be delivered.