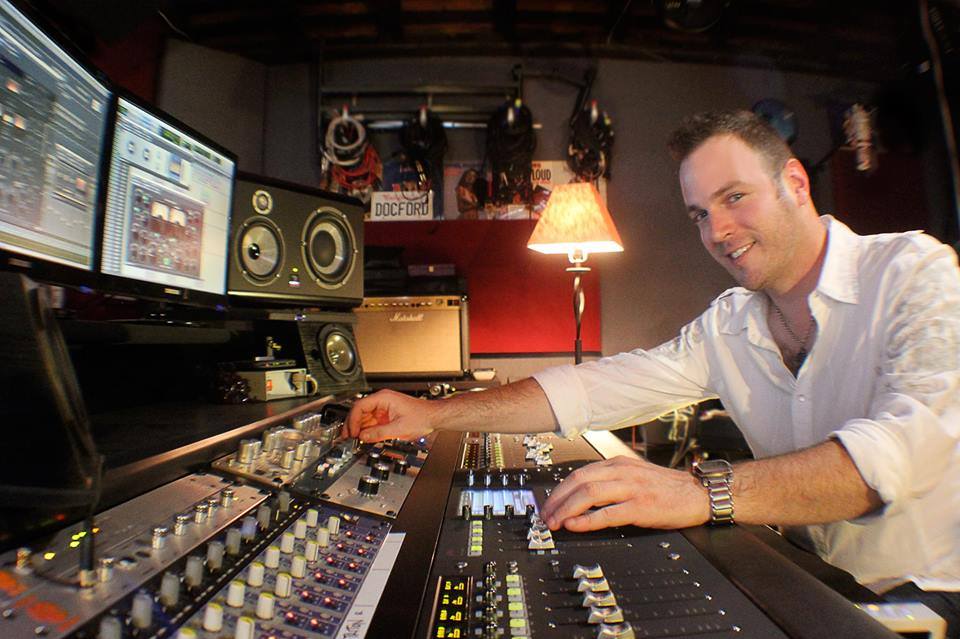 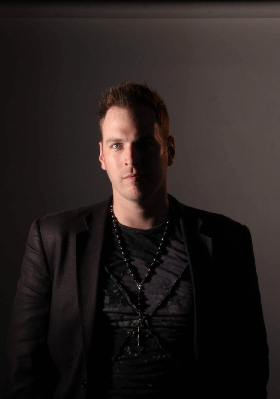 DrFord is an LA area producer whose credits include Charice, Smash Mouth, Romeo, and many others. He is also an instructor for Groove3.com, and is a winner of the MusicTech “Award of Excellence” (receiving 10 our of 10 stars, considered their highest honor).  DrFord is endorsed by Slate Digital, Native Instruments, KV331 Audio, and Ku$h Audio. More information is available at http://drford.com/

1 – What is the most valuable skill an up and comer can hone in today’s audio industry?

DrFord: It depends on which angle you want to discuss. If you mean in business, then it’s “understanding the premise of how a business operates, and how to get business”. I talk about this in depth in my VLOG “Succeeding as an Independent” (part 1/part 2/part 3/part 4) on my YouTube Channel. It’s dedicated to that topic specifically, and I recommend every young mixer watch it.

If you mean as a mixer, then first I have to qualify that the room acoustics and monitoring have to be “correct”, and any bigshot mixer could walk into the room and make a great record. If this isn’t handled first, and we try to make a great record in that room, it doesn’t matter how many vintage gears you buy, or which plugin you have, because the Audio is not “true” and the conversation between the Speakers and the Acoustics is lying to your ears. The decisions you make in that chair are based solely on what you are hearing, and your taste. Once the playing field is even (monitor wise), then what I try to focus on teaching is “why”. If we can understand “why”, then “how” is easy. It’s actually a bit spiritual in a way. First you have to identify the “what”, the 3 core components of the mix. The Rhythm section, the Melodic Support, and the lead instrument. Once these three elements are understood, then we can dig deeper into the “why”. And this is literally a question of “Why did they play this?” “What role does this element fill?”

For example, if the song is a funk song, and the Drummer was “grooving” on the Snare drum ghost notes polyrhythm, but the High Hat is just playing 1/8th notes, the we can look to the Rhythm section and find rhythmically complimentary elements, and mix to enhance and blend this group. This might be the Acoustic Guitar strumming, in a similar pattern to the Snare ghost notes. So the answer here might be “Why? Because the snare accents caused the Guitarist to funk.” So then we honor those by enhancing them, thereby bringing out the sould of the musicians and music. Using our mix techniques (EQ / Compression / Parallel Processing / Delay / Reverb) to make that Snare / Guitar combination really WORK. If you added EQ because in Solo you thought the element needed EQ, then you missed the point. If you focused on the High Hat in this example, then you missed the Rhythm. This drummer studied the greats (Purdy and Bonham and such), and that’s why his Snare is so funky. Yes, things should sound great, but the difference between the average mixer and the top tier “knock it out the park” guys, is the “why”. The Top tier mixer will always make it sound great, but the Top tier guy goes beyond sounding great. “The Funk guitar was too thin to move your hips, so I added some 220 hz, to give it more low end impact. This caused me to feel the rhythm more, thereby dance.” Not, “the Guitar sounded thin so I added some 220hz.” There’s a big difference, and first we understand that there is a bigger movement at work than “tasks of mixing”, then we trust our intuition, and chase that down the rabbit hole. Other times the “why” is “cause I like it.” 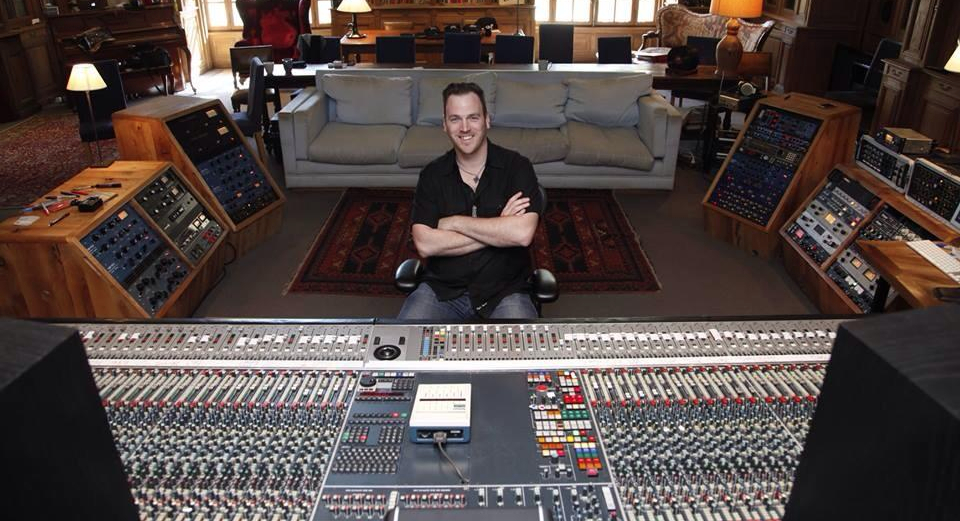 2 – What are some common missteps you’ve seen others take with regards to the business side of a recording studio?

DrFord: The kiss of death for an up and coming Engineer is “overhead”. Everyone thinks they are the “promised one”, and that “if you build it, they will come”. This is the kind of thinking that causes people to jump into major Studio leases, Equipment financing leases, overspending, and generally just creating a situation that is beyond the present.

If we consider that pressure and stress are the opposite of creativity, (some people thrive on pressure so they don’t count in this statement), the impending doom of a massive monthly bill / payment / expense will all but stop momentum, and create a scenario where the business owner is constantly on the offensive. A common question I answer is about valuing yourself and your business, this is valid and necessary, but you can’t charge above your ability and credentials just because you have bills due. The clients will say “his rate doesn’t make sense” and walk away. You have to build a sustainable situation with minimal overhead, so that while you are building a business, you aren’t sweating the week before bills are due. Long story short, allow your business to graduate to each stage. Start in your spare bedroom, charge a price that will get clients willing to work where you are at, which will be less than others, but enough to sustain growth while you improve both ability and credits. When you have a $1500 surplus every month after your personal expenses, then you can consider renting a Studio lockout / lease, or buying a bulk of gear under an equipment finance with a reoccurring monthly payment. Also, having personally financed gear, I recommend just saving your money and buying it outright. Keep your overhead as low as possible during growth periods to maximize your income as profit. 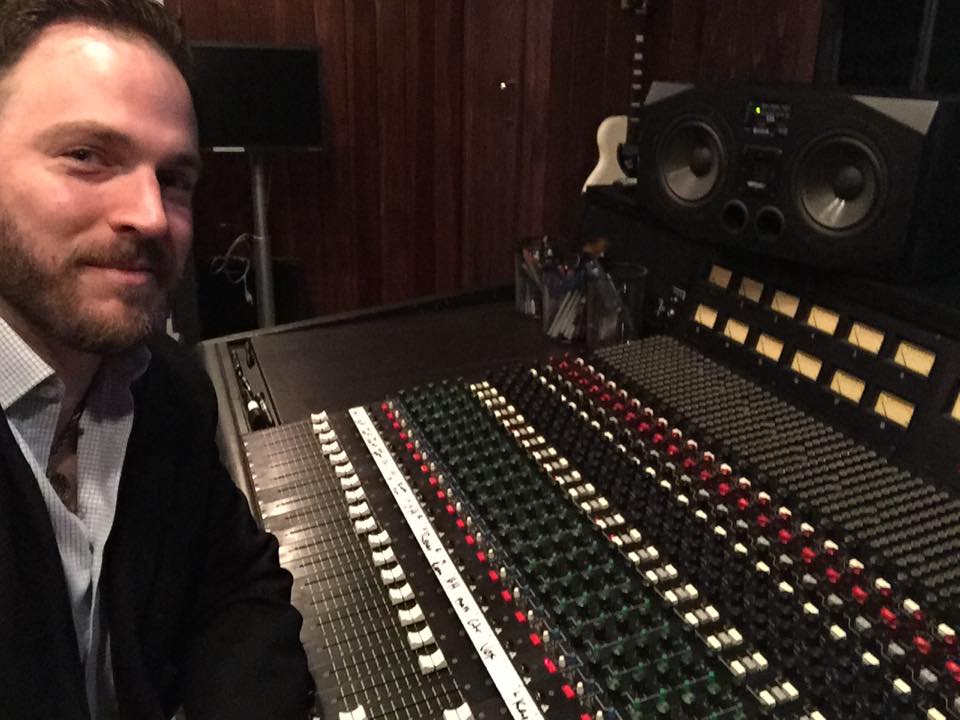 3 – In 2006, you lost your studio to a fire. In the 9 years that have followed, you’ve continued to grow a very successful career in spite of a major challenge. If you could give one piece of advice to your younger self as you dealt with the aftermath of the fire, what would you say?

DrFord: Wow you really did your homework on this. I wasn’t expecting this question. If I am being 100% honest, I had a bit of a grieving period after my fire. I’ll never forget walking in and seeing the whole place covered in ashes, and the Firefighters had literally come in and kicked over my Motif Es8 (which is one of the few things to survive), which was lying on the floor toppled. It was very disheartening. At that time I thought “Why not?” and took a brief tour with a Country Band that turned out to be bogus, and left LA. What I didn’t know at the time was that in leaving, that I was hitting the reset button on all of the progress i had made. Before that I was working at a boutique studio with a Neve console, and life was good. I was being mentored by Ronnie King (Rancid / Offspring and more), and in leaving I actually was the one who stopped that progression. So had I stuck around, I might be in a very different position, maybe a few years farther in my career? Thing is, we can’t think like this, regarding “what if’s?”, because my second day in Nashville I met my sweetheart, and we are still together almost 9 years later. I often say that the reason for the fire was so I could find her.

I say all of that, to say that INSURANCE is the lesson I would like to re-enforce, because I had a policy, and they cut me a check. Not only did I have money to rebuild my life with, I had money to rebuild my studio with. When you have a fire, you need everything new. So my answer is “be prepared for the worst to happen”, and pray it never does. Also, don’t be afraid to go where the wind takes you. Having a spirit that is open to new experiences and new places will take you out of your comfort zone. In my first year in Nashville, I took a weekend gig 45 minutes outside the city, playing 5-6 hours Friday – Sunday nights, for $75. The first night I showed up, they said “alright jump on in”. The band knew all the music by heart, and never gave me charts, just expected me to know and love the music. The Bassist was kind enough to shout Key signatures to me, but generally I was lost for about a month. Then something changed. I had already received a Degree in Music, but my real education happened at this club. That “jump in the deep end” experience unlocked something in my brain, where I evolved as a musician, my understanding of Chord progressions, my ear, ability to follow other musicians, and a greater understanding of music as a whole, being able to hear songs sharing progressions and inspiration, and drawing parallels between them. While these days I am not a practiced instrumentalist (I practice Producing and Mixing), I can still communicate with musicians in this way, and it is the foundation for everything I do as a Producer. So again, had the fire never happened, I wouldn’t have evolved this way. We can’t bend to “what if’s?”, instead we have to respect where we are at now. No regrets, just forward progress.

Additionally, during my time in Nashville “getting back on my feet”, I worked at a few Restaurants and in Hotel Management. I always enjoyed food service, but it cemented my resolve for music. Sometimes we need to be reminded of “the other side” musicians, and what it really means to give up a dream, the emptiness and personal struggle not following your calling. Nothing goes right when you go against your nature. Mine was music, and I returned to LA as fast as possible. I haven’t looked back since. If I ever move back to Nashville (which is very possible), I will return with resolve and not be starting over, and that difference means everything.

4 – Does it feel like you’ve made it, or do you still find yourself looking to the horizon?

DrFord: My personal goals and vision of “made it” are so far ahead of me, that this question actually makes me giggle. I am honored to have made it as far as I have, without a Label or Manager or Agent backing me, and solely on my own effort and merit. However “where I’m at now” is barely scratching the surface of what I want and what to accomplish. I will have “made it”, when I can put $1,000,000 behind an Artist to break them from my own account, and tap a young Producer on the shoulder and give them their “big break”. Then I will have made it, literally, for others. Until then, I can only promise that I will work tirelessly until that day, and I hope to stay humble and kind, and help others to the best I am able. 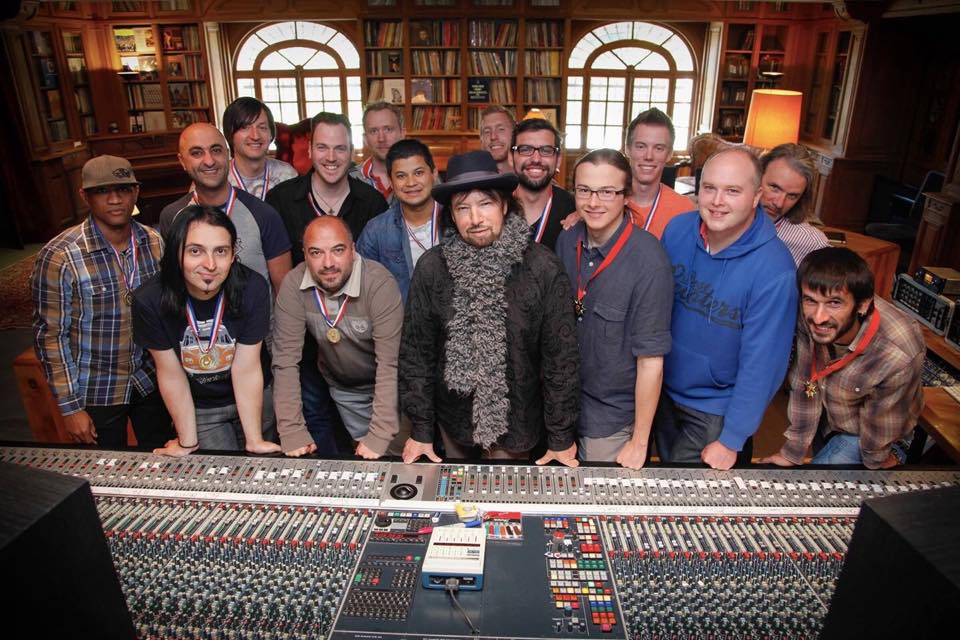 DrFord: Listen to your gut, and do not take clients you don’t want to work with, because you are desperate for income. Time after time I pushed down my instinct and gut, because I needed to pay bills, or because the potential client dangled a carrot that made me hungry enough to forget my better senses. You don’t need the gig that bad. They aren’t worth it. Trust your gut. If you feel disrespected, or that the potential client will take advantage of you, you are probably right. There are some real jerks out there, and it’s usually the ones who talk the most, and do the least. Do your due diligence, check the client out to the best of your ability, and keep a Credit Card on file with a signature for policy.