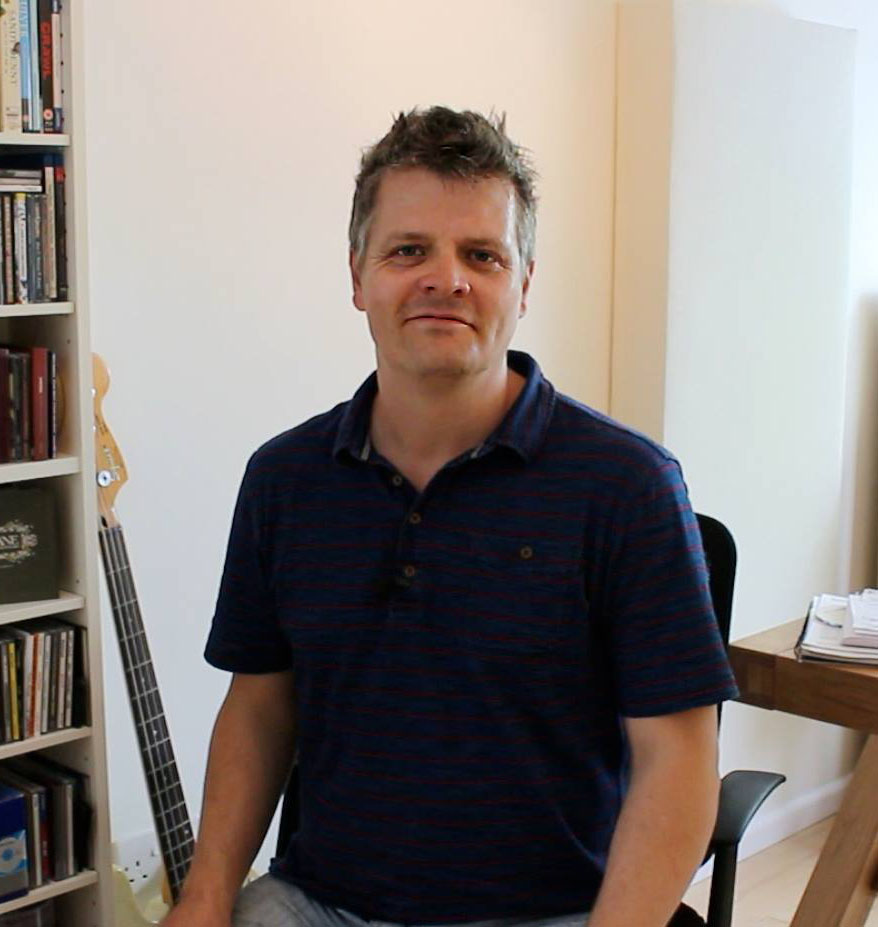 Ian Shepherd is a mastering engineer who isn’t afraid to share his wealth of knowledge with the world. His “Home Mastering Masterclass” takes you very in depth into the world of Mastering, and his “Production Advice” blog has become a staple read for anyone in the audio production world. His “Perception” plugin has become one of the most talked about mastering plugins by top engineers. 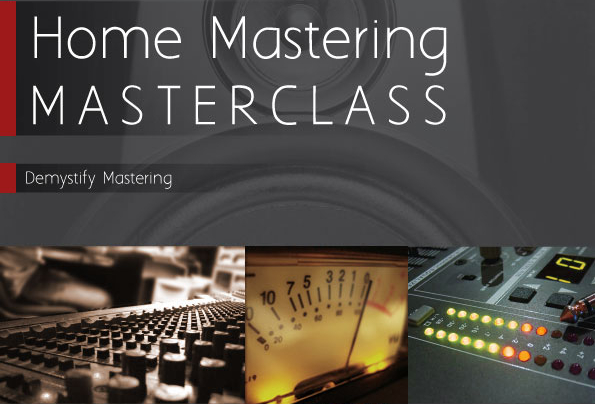 1 – You’ve been running your Home Mastering Masterclass for a while now. What made you decide to offer up an online training course to teach people how to do your job?

Ian: Well as a professional mastering engineer, if you want to get absolutely the best results for your music, of course I’d recommend you come to someone like me!

But I recognize that some people can’t do that, and lots more people don’t want to. They’re fascinated by the subtlety and power of mastering, just like me, and they want to learn more about it.

People often ask me “how did you know to do that?” when I make changes in mastering, and I used to say “I just know”, but I’ve realized over the years that’s not the whole story. It’s important to have gut instincts as a mastering engineer, but I was also trained. My mentors gave me a proven method of working, and that frame of reference makes a really solid foundation to build your skills on. It’s invaluable, and that’s what I try to pass on during the course. It’s actually pretty straightforward once you understand it, but it’s really powerful.

There’s a load of free information online about mastering these days, and some of it is great, but some of it really isn’t… So if people are going to do their own mastering anyway, I’d far rather help them do a great job, rather than messing up the music they’ve spent so long recording and mixing!

2 – In one of your videos, you pointed out some of the shortcomings of using a service such as LandR, which uses a computer algorithm to automatically master a song through an online web application. Considering the leaps that technology has made int he last 25 years, do you think an automatic mastering algorithm will ever be good enough to be the norm?

Ian: That depends what you mean by “good enough”! I see services like those as the equivalent of “auto contrast” and “auto colour” features in a photo editing app. They do a reasonable job on the majority of the material they’re given, but sometimes they’re horribly wrong. Whereas the definition of mastering I was taught is “making your music sound the best it can be”. And you don’t get that from a computer.

Because at the end of the day you’re asking a robot to make decisions about art. Music is all about emotion and feel, and I don’t think you’ll ever be able to write an equation for that. Part of the process might be deciding not to push the level quite as hard on one song because of the way it follows from the previous one, or to not boost the high end as much as you might  otherwise because the subject matter of the song is so tender. Those are human reactions, and computers are a long way from being human. 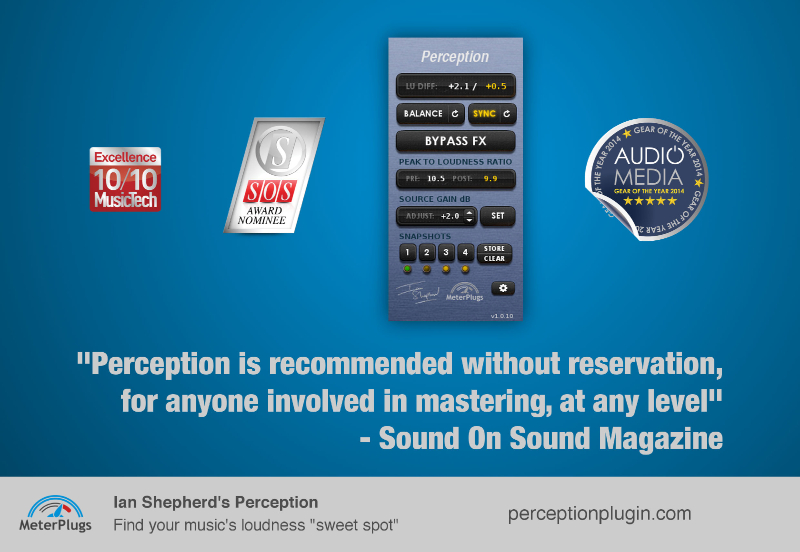 3 – What was the inspiration for your Perception plugin?

Ian: I honestly don’t remember exactly where or when I had the idea. Perception automates a technique I use on every song I master – a loudness-matched “before & after” comparison. You can’t hear what your processing is really doing unless the loudness is matched, it’s an essential skill. So in that sense the inspiration came from the working methods I use every day, and just wanting to make it accessible to anyone, and easier for people who already do it, including me! 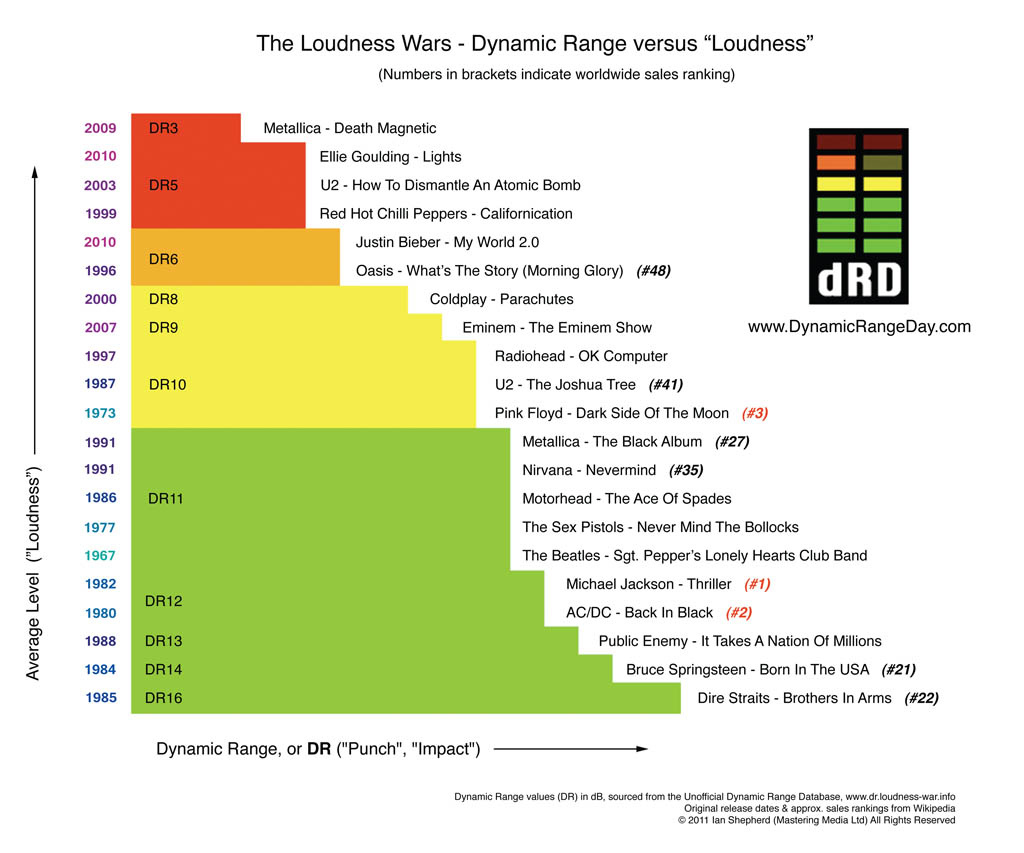 4 – You make the case for dynamics to be retained in masters, and have discussed in your Home Mastering Masterclass the premise of the loudness sweet spot where dynamics and loudness are both delivered in the right amounts. How did you discover this sweet spot?

Ian: It’s baked into the properties of recorded audio, really. Loudness has always been key in mastering, right back to the days of vinyl – there’s a real benefit to managing dynamics using compression and limiting. Having something that’s too dynamic can be as much of a problem as having something that’s not dynamic enough, and getting the perfect balance helps with “translation” – making sure something sounds great on the widest possible range of playback systems.

I was a participant in the “loudness war” in the early years of my career too, as mastering levels gradually crept up. But there’s a point where you just can’t go any louder without the negatives out-weighing the positives. So you have to balance the two – loudness versus dynamics – and I use the phrase “sweet spot” to describe the point where you’re as loud as you can go without harming the material, but the dynamics are perfectly balanced for maximum translation. 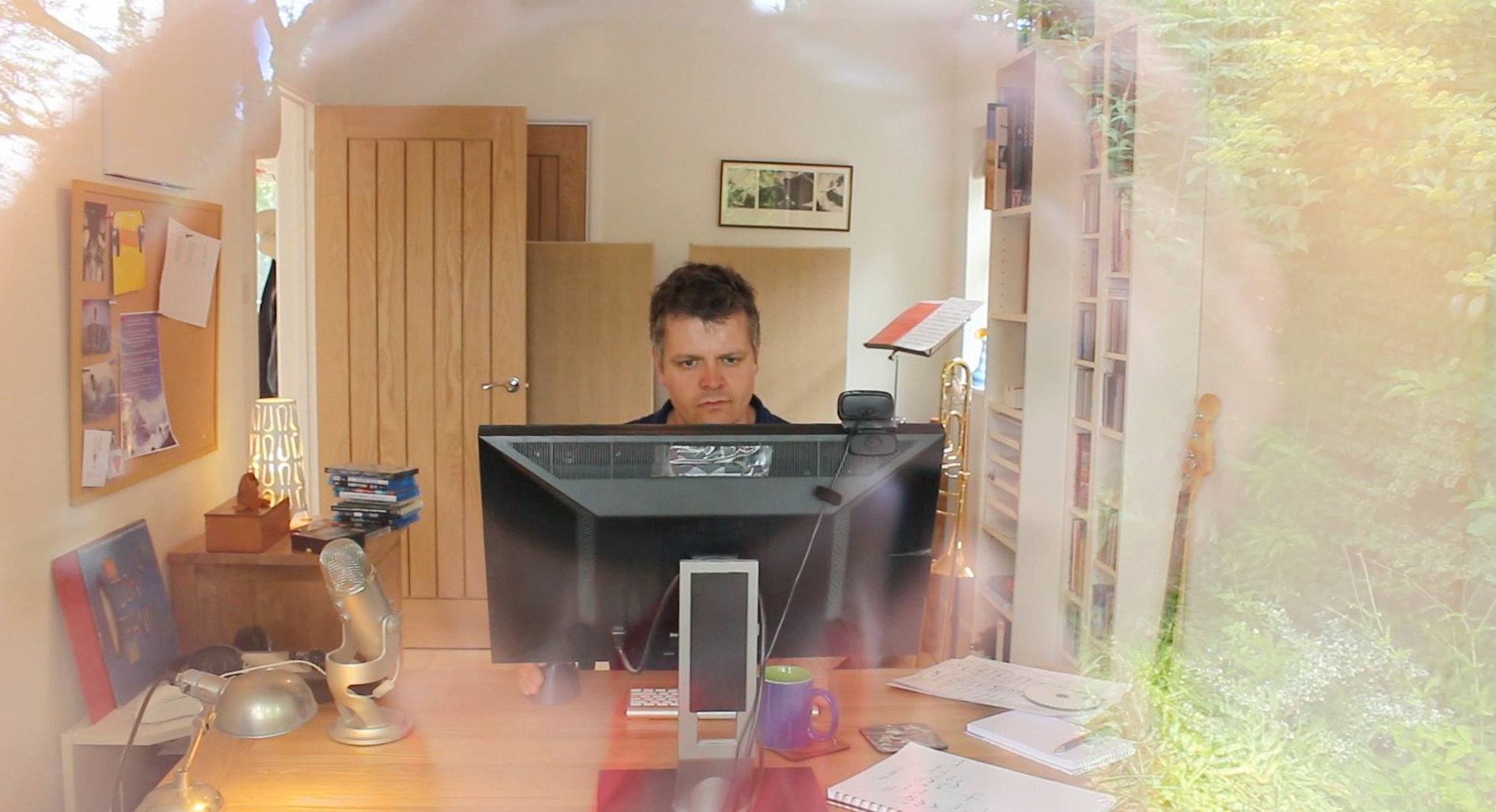 Ian: “It ain’t what you use, it’s the way that you use it”. That’s the unofficial theme of the masterclass course, and it’s 100% true. I found it out for myself during the toughest time I’ve been through after setting up my own company in 2010.

I’d left the studio where I’d trained and worked for 15 years, to set up Mastering Media and take on a big Blu-ray authoring contract. It went fine for the first year but I was totally stressed and spending all my time on IT stuff – they were music titles but I hardly had a chance to enjoy the music. Then, that contract was moved somewhere else and I was left wondering how to stay in business, looking for more Blu-ray work – I didn’t think I could make mastering work financially.

I was moaning about it on Twitter one day and a guy called Tony called me out on it – he said “you should be mastering, you could do a better job using headphones and plugins than most people”, and I gave him a really hard time for that! But I realised my reaction was more about how frustrated I was feeling with not doing any mastering, than about what he’d said.

Around the same time someone sent me a master from a major studio to listen to that they weren’t happy with. It was a really tight deadline and I couldn’t get into the studio, so I did a mastering demo using the plugins that Tony had told me about, on headphones and my hi-fi speakers. I’d never have tried it if I hadn’t been in that place, but the client loved it and I ended up getting the job!

It made me think – if I can do that, so can other people. It really isn’t about the tools, any more. And if you’re committed and passionate about what you do, people respond to that. From then on I shifted my focus back to mastering again, even though it was more of a challenge to make the money work. And at the same time I focused in on developing my website to help other people with their mastering. And what I’ve found is I get far more enquiries for work these days, precisely because I’m telling people how to do my job, to some extent.

So, all that made me realise two things – firstly it really isn’t what you use, it’s the way that you use it that counts, and also that if you really believe in what you’re doing, things are much more likely to fall into place for you.